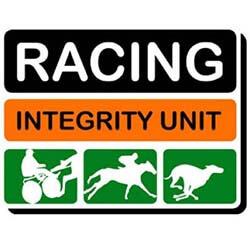 A group of harness racing trainers from Canterbury are being investigated following horse-doping allegations.

The sport’s Racing Integrity Unit are currently investigating junior driver/trainer Jesse Alford after onlookers spotted him in the act of administering an unknown substance to two race horses at his Woodend Beach stables late last week. The unidentified substance had reportedly been administered to the horses only 2 hours before a race had been due to start.

But Alford isn’t the only trainer/driver suspected of doping and prohibited from any further involvement with the sport until such time as the RIU’s investigation has been finalised. RIU investigators are reportedly also focusing on an entire group of Canterbury trainers suspected of doping horses. Recent performances had caused suspicion among industry stalwarts.

But according to Harness Racing New Zealand CEO Gary Woodham, he isn’t currently aware of any group being investigated for doping. He has also now requested that anyone with information regarding possible incidents of doping come forward and report whatever they know. Woodham said the type of people who doped horses were not welcome in the sport, and that any potential whistle-blower should get into immediate contact either with him personally, or with the RIU. He added that the damage such allegations could potentially cause to the industry was beyond belief and measure.

New Zealand Harness Racing Trainer and Drivers Association head Ken Barron has in the meantime added his voice to the commentary by saying that anybody even as much as trying to dope was extremely foolish.