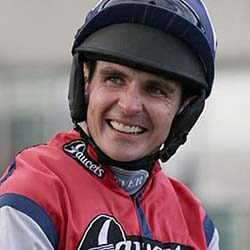 A senior coroner has ruled out the likelihood that Grand National-winning jockey Liam Treadwell, who was found dead at his home in Shropshire, England, in June last year, had taken his own life. Said Coroner John Elleray earlier this week, brain injury would have been the probable turning point for the 34-year-old, who died after taking a dangerous cocktail of drugs.

Elleray during the inquest referred specifically to Treadwell’s concussion following a 2016 fall at Bangor. The fall had left the famous rider unconscious for minutes on end, and unable to ride for several months. The inquest also heard how Treadwell had often experienced confusion, short-term memory loss, a lack of the ability to concentrate and severe headaches after the Bangor incident.

The Englishman eventually retired from racing in 2018, only to briefly return to the sport in 2019. This was however a tumultuous time for Treadwell, who at one point had to be admitted to hospital for excessive drinking, depression, and anxiety. He also split from his wife following his last fall and concussion.

His family did however indicate in a statement that Treadwell seemed to find his purpose again after going to work for trainer Alastair Ralph. But that when last year’s first lockdown hit, he began struggling with depression and anxiety all over again from having to be on his own for long periods of time.

Treadwell will be remembered for his incredible sense of humour, warmth, kindness, and phenomenal racing talent on the track.