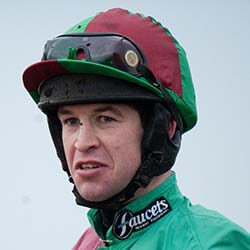 Leading British jockey Robbie Dunne has reportedly now admitted to a breach of the rules of horse racing by way of his conduct towards fellow rider Bryony Frost.

The British Horseracing Authority’s independent disciplinary panel heard on Tuesday how Dunne had bullied and harassed Frost with sexually charged language, a threat to her physical safety, and even by exposing himself to her in a changing room back in 2017.

While Dunne on Tuesday admitted to having acted in a violent manner towards Frost following a 2020 race at Southwell, he denied all other charges of harassment and bullying.

According to barrister Louis Weston, who on Tuesday outlined he BHA’s case against Dunne before the panel, the guilty party had on several occasions used offensive language towards Frost. He said it all reached breaking point for Frost after the race at Southwell in September 2020, during which Dunne’s mount had been killed.

Dunne had apparently confronted Frost post-race in the weighing room while threatening her with serious bodily harm. Dunne reportedly believed Frost to have been responsible for the death of his mount by the way in which she had ridden her own horse. Even so, Weston stressed that there had been no justification whatsoever for how Dunne had come to abuse his fellow rider in such a misogynistic and regrettable manner.

During Wednesday’s testimony, in response to a question by Dunne’s solicitor, Roderick Moore, about whether or not male jockeys commonly walked around naked in front of female riders in the weighing room, Frost said most men had the decency of keeping their towels around them whenever a female rider entered the room.