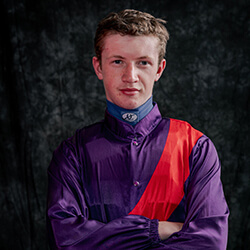 It has now been confirmed that one of the two jockeys stood down at a Southland race event’s test results have been returned as negative.

According to a stipendiary steward’s report issued after the Ascot Park meet in May, several riders underwent random routine drug tests, including Corey Campbell and Jason Laking, whose tests both came back indicating a non-negative result alluding to the presence of contra-ban. Both riders were directly after stood down temporarily from all future engagements.

Racing Integrity Unit GM Mike Godber however confirmed on Friday that Campbell’s test results – which were initially returned non-negative for both meth and benzodiazepines – have now come back negative for the May-meet at Wairio Jockey Club.

Campbell has in the meantime expressed his extreme gratitude over the latest outcome of the test results, saying that while he knew he hadn’t taken anything, he can finally now stop worrying about the incident and result. Campbell is now fully back in action, having competed in Thursday’s meet at Timaru and Friday’s at Wingatui.

While Campbell can for now relax about the unsavoury incident, there will still be an investigation conducted into why the initial test result had been returned as non-negative for the drugs in question.

Both jockeys have vehemently denied ingesting any banned substances, including meth and benzos, both willingly and unwittingly. Laking had been extra adamant about not having taken any performance-enhancing substances, or otherwise. There’s been no official word yet from the sport’s Integrity Unit regarding his final outcome. He remains stood down until further notice.