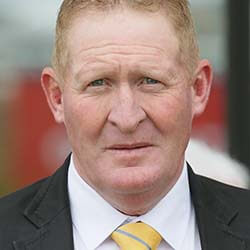 New Zealand thoroughbred trainer Allan Sharrock (57), one of the top trainers in the current season, has been cleared of all charges related to traces of methamphetamine discovered in the blood of two racehorses who recently tested positive for the drug at the Awapuni racecourse in Palmerston North. Reliable Miss and Alhambra Lad, who both won their respective races on April 25, both tested positive for traces of the performance-enhancing drug.

Sharrock said following the test results that the horses had arrived completely clean at the track, and that he hoped further tests would shed some light on how they could have become tarnished.

Racing Integrity Unit GM Mike Godber however issued a statement on Friday confirming that the horses had been in contact with contaminative agents in the stables where they were being kept before the races. Godber also confirmed that an investigation to determine the origins of the contamination is currently underway.

The race results scored by both horses will in the meantime stand until such time as the full investigation has been completed. Also involved in the investigation is the Ministry for Primary Industries, confirmed Godber.

Sharrock has in the meantime insisted on the cleanliness of his own stables, saying the two racehorses must have become contaminated at the racetrack itself.