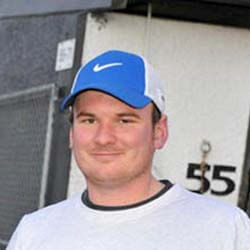 Prominent harness racing trainer Mitchell Kerr has been banned from the sport for life.

Despite Kerr’s best and desperate attempts to hide from the sport’s Judicial Complaints Authority the fact that he had sold to an Australian businessman a non-existing horse, the damning information recently emerged has now led to a ruling ousting the defunct trainer’s actions as “corrupt and appalling”.

Kerr was found guilty on all four charges laid against his name by the Racing Integrity Unit. The charges include selling a non-existing asset (horse), expenses claimed from the new “owner”, the overselling of shares, and insurance premiums charged for policies that never existed in the first place.

Kerr’s actions have led to estimated losses to the value of a massive $250,000. Police are reportedly currently investigating the incident.

Harness Racing New Zealand chairman John Coulam earlier this week said that the decision to ban Kerr from was a natural one and one that reinforces the local horse racing industry’s no-tolerance policy for dishonest conduct. And according to JCA chairman Warwick Gendall, a determined and drastic measure had been regarded as crucial and necessary in order to deter future incidents and behavior in others of a similar nature. Kerr had forfeited his right to enjoy any future benefits from New Zealand’s harness racing industry, Gendall said.

Gendall furthermore added that owners having confidence in trainers is vital within the context of the very survival of the country’s harness racing industry.