All The Best Of Australian Horse Racing 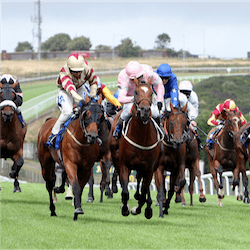 This week is a royal treat for all those in love with horse racing.  The week’s priority events include a number of highlights.  We look at what the proposed prospects and predictions are ahead of some of the races, as well as what went down at the highly celebrated Geelong Cup.

Wednesday was a day to remember for former French galloper Vengeur Masque as he won his very first Australian race, the prized Geelong Cup.  Trained by Mike Moroney, Vengeur Masque only  narrowly managed to hold back Gallic Chieftan.  Vengeur Masque is still a long way off from securing a Cup start at Melbourne, what with being 9.5kg underweight for age.  In 2016 he only just missed Melbourne too, after having been left behind at the position of 25th horse in line for a start.

Race favourite Vega Magic gained a huge following after having finished second in The Everest.  He is now officially the Group 1 star sprinter.  A total of 11 sprinters will be competing in the Manikato Stakes.  In Her Time is short on Vega Magic’s heels as far as race expectations go, especially after taking out Sydney Stakes after having missed out on a spot at The Everest.

Three year old Royal Symphony will be testing the waters at the WS Cox Plate and if all goes according to plan, will be joining up with a more age-appropriate group in the Victoria Derby the following Saturday.  The WS Cox Plate is a Spring weight for age race and is generally considered to be the Spring grand final for many middle-distance gallopers.  Hopefully Royal Symphony will be using the race as a stepping stone towards greater things.

The Moonee Valley Cup is the place to be for a line-up of quality stayers and is an important race for those wanting to qualify for the Melbourne Cup.  Big Duke, Libran and Auvray are the favourites to occupy the top 3 positions at this year’s event.

The Crystal Mile is another weight for age race held for horses aged 3 years and older and is run over 1600m at Moonee Valley racecourse.  Antonio Giuseppe, Burning Front and Calderon are firm race favourites.

The AAMI Vase is a Group 2 event for 3 year old gallopers and is run over a distance of 2040m.  The weight conditions are set.  3 year olds who perform well in the AAMI Vase generally go on towards the Victoria Derby.

It will be up to the top 3 this year at the Inglis Mile.  Grand Challenge, Jarmanagic and Backfill are expected to be the top performers with Bionics and Jawwaal short on their heels.  The Inglis Mile – as the name suggests – is run over 1000m.

Single Bullet, Ducimus and Indian Thunder are expected to be the star athletes gunning for the win at this year’s Red Anchor Stakes.