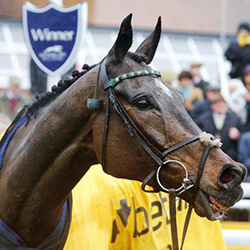 Nicky Henderson has insisted that it is currently very unlikely that Altior will be taking up his entry in the 32Red King George VI Chase set to take place in Kempton.

The star of the National Hunt racing side produced another incredible display for his seasonal reappearance at Tingle Creek, and powered through the Sandown made to beat Un De Sceaux. The victory increased Altior’s unbeaten record over jumps to 15, and the horse is already odds-on over his main rivals to defend his crown in the Queen Mother Champion Chase that’s taking place at the Cheltenham Festival later next year in March.

The eight-year-old, owned by Patricia Pugh, now has the option of taking up to three miles for the first time in his career, but Henderson is adamant on keeping him at the minimum trip for the foreseeable future.

Henderson, speaking at the launch of the 32Red Festival at the Pheasant Inn, said that they sat down after the race to deal with the ‘will he or won’t he’ questions that were sure to be directed at the runner over his appearance at the King George. She went on say that the owners sat down for an hour and chewed it over, and that she knows that Pat is keen and braver, adding that he has won well but in the ground he didn’t have the most difficult race, especially when Un De Sceaux is burning it up on heavy ground.