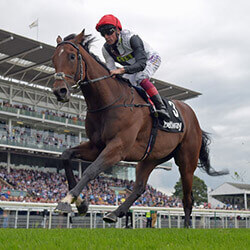 Cracksman’s performance at the Royal Ascot was met with disappointment. But the top-rated cold from last season still has a shot at the Coral-Eclipse, the Qipco Irish Champion Stakes, and the King George VI and Queen Elizabeth stakes.

At the moment, Cracksman has been given some time to recover after his shock defeat in the Prince of Wales’ Stakes. The allotted time off is being used to learn what happened to the colt at the Royal Ascot, and how his performance can be improved in upcoming races.

Cracksman, trained by John Gosden, made an impressive start to this season’s campaign as he made real ground in the Prix Ganay at the ParisLongchamp. But he barely made it in the Coronation Cup at Epsom, scraping by enough to remain in the season.

The colt reportedly never seemed comfortable during his time in the 10-furlong Group 1 contest, with rider Frankie Dettori having to rouse the horse multiple times to keep him going, even at the beginning of the race.

Cracksman saw the lead at one stage during the race, but was eventually outpaced by Poet’s Word. Despite this, the colt still managed to come in at third, eight lengths clear of Hawkbill.

Owner and breeder Anthony Oppenheimer believes that Cracksman has mitigating circumstances that lead to his reverse, and that his performance on the track was better than they were hoping for once the race had come to an end. For the time being, Cracksman will be taking the time to rest and prepare.