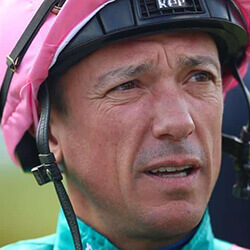 Frankie Dettori had recently been issued a 10-day ban due to careless riding on the track. Both him and his barrister have been attempting to have the ban reduced, which would allow the rider to take part in some of this year’s biggest racing events, but it has been mostly unsuccessful.

The team appealed to the British Horseracing Authority not long after Dettori was issued the ban, after which they decided to reduce to down from 10 days to 6 days. Despite the reduction, Dettori will still miss his chance to participate in the King George VI and Queen Elizabeth Stakes, as well as the two most important races of the Glorious Goodwood: the Goodwood Cup and the Sussex Stakes.

It is believed that if Dettori’s ban had been reduced to 4 days instead of 6, he would have most likely been able to be part of the Group One race that was scheduled during his band, which means he more than likely would have been able to race in all three aforementioned events. But the appeals panel felt that a reduction of that much would have been too far, citing that his misconduct could not have been an accident.

The ban also means that John Gosden will need to find two more jockeys to take over for Without Parole, which is the 13-8 favourite for both the Sussex, as well as Stradivarius, who is odds-on for the upcoming Goodwood Cup.