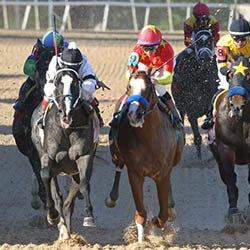 The hot debate in the New Zealand racing world right now centres on comments Dean Yendall, the prolific, widely respected jockey, made on minimum riding weight requirements. A clear division in the jockey racks is obvious.

This number was raised while we were battling the novel coronavirus COVID-19 pandemic, but Yendall is eager to see them drop once more now that the worst of it is over. Yendall said that the heavyweight riders can’t ride that mass either, so it’s not making any difference to them. But, he stated, it takes away the easier ride that the lightweight jockeys get. He said that heavyweight riders thank that they can make the weights a little easier but they have to waste to do it, so the rules don’t make sense. Yendall said that he’s hopeful that the weights come down again, for not just himself but other natural lightweight jockeys as well.

Yendall’s comments set off a storm of opinions, with jockeys countrywide taking part in the decision via various social media platforms. Some are firmly in the lightweight corner and others want to see the minimum weight raised permanently.

Andrew Mallyon, a rider based in Queensland, started things off when he called the article one-sided. Mallyon added that weights being raised was a great benefit for many jockeys, given the current workload, and stated that anyone who thinks differently probably has their own agenda.

Ryan Wiggins hit back, saying that the jockeys riding in the Stradbroke could easily have passed as zombies and said the raised weight is simply not safe.