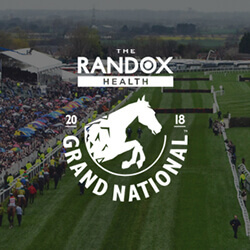 The Aintree Grand National is one of the world’s most prestigious horse races, and the upcoming iteration looks to be an interesting one. There are currently 40 racers participating at the Grand National, with Minella Rocco leading as the racing heavy weight leading the list.

Guy Disney, 35, is a former army captain and amputee will be taking part in the race, riding Gallery Exhibition. Training has been provided by Kim Bailey, who is part of the Foxhunters Chase.

Disney holds the honour of being the first amputee rider in history to win on a professional racecourse in the United Kingdom, something he has now completed twice in a row. Disney was injured in a vehicle attack while on tour in Afghanistan in 2009, when a rocket-propelled grenade was launched into his transport vehicle. He lost his lower right leg in the assault, which has since been replaced with a prosthetic.

Despite the injury, Disney’s among the top riders in the Grand National, and remains as a fan favourite. His horse, Hallery Exhibition has a 20 to 1 chance at the moment, along side Grand Vision, Wonderful Charm, and Balnaslow as the current favourites.

Some other notables taking part in the Grand National include Bristol De mai, and previous winner Lizzie Kelly and her horse Tea For Two. The Aintree Hurdle is currently lead by Supasundae with rider Jessica Harrington, along with The New One an My Tent Or Yours.