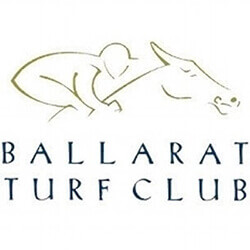 The Balllarat Turf Club has been getting ready for the Grand National Jumps day, which will be taking place in mid August.

There will be a number of new riders in the Australian jump racing circuit as three new riders are having a go at finding success in Australia. One of those riders is Aaron Kuru, who saw success in June this year because of his superb horsemanship. Kuru had been riding Des De Jeu during a New Zealand steeplechase when the horse fell and Kuru was knocked completely out of the saddle. Despite the tumble, Kuru managed to hold on to the reins before re-saddling and went on to win in one of the most incredible victories in recent history.

At the moment, Kuru does not have any official bookings, but is instead looking to fly out to Australia and see how he performs at Ballarat for the first time.

Will Gordon is another upcoming jockey who is hoping to make a name for himself at the Grand National Steeplechase, where he will be riding I’ll’ava’alf. The horse finished fifth during last year’s edition, and Gordon is hoping that he will do better this year, if the weather holds.

Lastly, Shaun Phelan is set to ride Monarch Chimes in the Grand National, with both horse and jockey making their way over from New Zealand. Phelan and Monarch are hoping to improve their times from their last Crisp Steeplechase, which took place at Sandown.