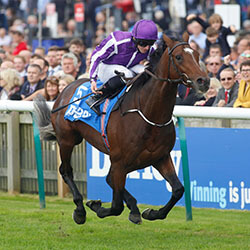 Kew Gardens has won the final Classic of the year with an impressive victory at the St Leger Stakes at Doncaster.

Aidan O’Brien had five runners on the field of a total of 12, but it was Kew Gardens who crossed the finish line by two-and-a-quarter-lengths. The favourite Lah Ti Dar, who was also unbeaten, came in after Kew Gardens, while South France, another of O’Brien’s, took third place.

Kew Garden’s victory, who came in ninth in the derby during June, managed to earn an impressive success in the Group One Grand Prix de Paris in July. It was the second successive victory in the Doncaster for O’Brien after jockey Ryan Moore 2017’s victory with Capria, making it their sixth victory at St Leger and their 31st classic win.

Kew Garden’s stalemates were quick to set a strong pace, and it was apparent that stamina would be the deciding factor. Moore decided to take his time once off the starting line, and was tracked by Dettori and Lah Ti Dar throughout the entire race. Once Moore had entered the final straight with a long half a mile to go, Kew Gardens pushed ahead to chase down the leaders, while Lah Ti Dar showed a little uncertainty and required more handling from her jockey.

Their hesitation was all that Kew Gardens needed as they took more ground, and the pair showed their relentless pace as they finished by two and a quarter lengths.