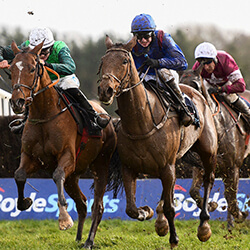 The financially beleaguered Horse Racing industry has finally been able to reopen after suffering through months of lockdown along with the rest of us. It leads the return of organised sports in the wake of the novel coronavirus COVID-19 pandemic.

A Harness Racing meet recently unfolded, albeit without fans, at Christchurch’s Addington Racecourse and marked the milestone of being the first since lockdown began on March 24th.

Greyhound Racing was able to resume its operations earlier in May thanks to its smaller following making following social distancing requirements easier. The Thoroughbreds will be back on the tracks as of the 3rd of July.

Harness Racing is the top form on New Zealand’s South Island as well as a major source of employment. The Addington Racecourse event gave some hope to those desperate for lockdown to come to an end so that they can get back to work and means the industry may be able to weather these difficult financial times. Horse Racing was already facing huge monetary pressure before the pandemic struck.

COVID-19 caused a sharp increase in job losses in the industry, and income derived from betting has taken a nose-dive since the race meetings got suspended. Trainers have been keeping horses busy during the past two months, however, and the demand for starting places at Addington Racecourse was huge.

290 horses entered and the meeting had to be split over two days to accommodate them all. Nine races unfolded on the opening day, 12 on the one after.