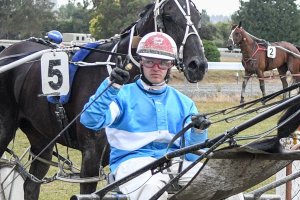 Former national Kiwi harness racing star and national representative Matthew Anderson has been banned from competing for 6 months following his involvement in a drug deal with two fellow drivers. Anderson had reportedly sold ecstasy, which is in New Zealand classified a “Class B” drug, to two fellow drivers unnamed but described as “prominent harness reinsmen”. Anderson’s refusal to cooperate with the investigation that ensued did not exactly aid his cause either. The investigation into the supposed drug-dealing activities was conducted by the sport’s Racing Integrity Unit.

Before having turned up on the Racing Integrity Unit’s table, the Anderson first appeared before Christchurch District Court Judge Raoul Neave. Last-mentioned however put on hold all convictions, saying that if Anderson were to be convicted by a court of law, he would immediately be banned from even as much as setting foot on a racecourse for at least two years. This, said Neave, seemed a punishment entirely disproportionate to the cited offense. All documents pertaining to the investigation were then handed over to the sport’s official integrity unit.

The understanding is that the bulk of the evidence against Anderson was accumulated by way of a covert surveillance operation called “Operation Inca”.

Anderson has in the meantime refused to speak to the media and has formally issued a reply of “no comment”. He did however indicate that he would now be seeking legal advice regarding the possibility of successfully appealing the sport’s integrity unit’s decision to disqualify.

Anderson has won a total of 181 races over the span of his driving career.