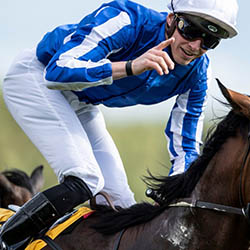 New Cambridge Stud owners Brendan and Jo Lindsay vowed they’d fight back. Even in the middle of an incredibly difficult run of bad luck that saw the esteemed Thoroughbred stud have three stallions drop dead in a matter of months, the pair never gave up. They vowed that one day, the stud they bought a few short years ago would shine once more. After all, fortune this awful has to turn!

But even the most hopeful optimist giving the most defiant statement from inside a pit of despair would have dared dream this year’s Royal Ascot results into existence. Hello Youmzain, the incredible sprinter co-owned by the Lindsays, won a remarkable Diamond Jubilee Stakes, racing into first place in their telltale black and gold chequered colours.

While 2020 can easily be described as a very difficult year for almost everyone, it’s been one straight out of hell for the Lindsays, but this last week has seen things turn right around. New Zealand-owned winners at this British racecourse are exceedingly rare and a win at one of the most prestigious race meetings in the world is definitely something to treasure. And the Diamond Jubilee is one of the highlights of Ascot.

Hello Youmzain is a stallion, like previous winners Black Caviar, Choisir, and Danehill, and although he had already surged to first place in a Group 1 at the Haydock Sprint Cup, it was his performance at the Diamond Jubilee that clinched the deal.