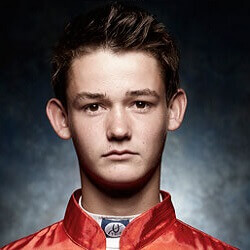 Young jockey Regan Bayliss has again been banned at Flemington, and missed out on Saturday’s Newmarket Handicap. Bayless was suspended and fined following his Group One race at Flemington last weekend and although he won abroad Redkirk Warrior he is paying a handsome price.

It’s the second suspension for the jockey who will celebrate his 21st Birthday on Tuesday, and it doesn’t endure him to the racing fraternity at all. At such a young age, Bayliss should be adhering to the rules and the fact that he was banned from the Newmarket Handicap has marred his record even further. This prestigious race would have been a feather in his cap, but instead, he spent the day in the steward’s room, watching his fellow riders take the lead.

Bayliss has been suspended for a total of 8 meetings and has been fined $5000 for using the whip 8 times during a race. The maximum number of times the whip is allowed is 5, so 8 is a major transgression and certainly not a simple arithmetic error. This rookie error has cost him dearly and he sat out the 100m at the Newmarket Handicap simply because he was pushing too hard and went to far.

Flemington is clamping down hard on the youngster and making an example of him; especially as this is the second time he has crossed the line. His suspension was initially intended to run until April 1, but now it has been extended and he won’t be able to race again until after the first day of the The Championships at Randwick, which will be held on April 7.