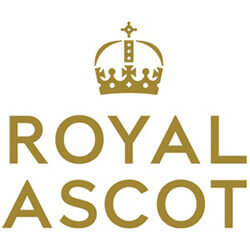 The Royal Ascot 2018 is almost underway, and those that have planned to visit the event are being met with frustration due to the state of the transport network. Officials have told race-goers that they need to allow for extra time for their travels due to a series of strikes that have all but ground transportation to a halt.

The National Union of Rail, Maritime and Transport Workers have issued another strike on the South Western Railway that is set to last at least three days. The strike will be taking place toward the end of June, just as the last of the last of the horse racing events are taking place.

Many of the audience expected to attend the Royal Ascot are doing so via the railway network, meaning that the strike will see many of them having to either wait in long queues or simply miss the events entirely. Under normal circumstances, trains would leave the stations every half an hour to make the almost hour journey it takes to arrive at the Royal Ascot grounds.

Despite the strike, train operators are attempting to have at least seven of the ten train lines will continue working, but there will still be a hold-up for most race-goers. Some trains will stop early, forcing travellers to instead take a bus up to the racing grounds. The union is sticking to its guns, maintaining that the company needs to find a solution as quickly as possible.