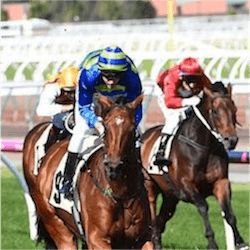 There’s plenty of Melbourne Spring Carnival action at the races this Saturday, when Flemington hosts Turnbull Stakes Day. The main race, a 2000m Group 1 classic for elite horses at set weights and penalties, goes back more than 150 years. There are four other high-profile gallops among the races on the card, so Kiwi online sports betting enthusiasts have lost of action ahead.

A tight field of seven has been finalised for the $500,000 Turnbull Stakes, so an upset could be on the cards. The favourite is champion 6-year-old mare Winx, trained by Chris Waller, getting a strong nod from bookies at around $1.20. But Humidor, ridden by Damian Lane and at odds of around $4.60, could challenge her, although the other five will probably need rough going to make an impression.

There are nine horses confirmed for the $200,000 Gr. 2 Gilgai Stakes over 1200m, with Spieth considered the most likely winner on around $2.50, despite a Barrier draw of 8. The 5-year-old new Zealand entire will have to see off threats from Silent Sedition, Bons Away and The Quarterback, but they are the only other runners priced at below $10.00, and none of them is offered at lower than $4.50.

The Gr. 2 1400m Blazer Stakes for 4-year-old mares, with a purse of $200,000, has had its huge field of 19 reduced to 17 by the scratching of Oregon’s Day and Shillelagh. Joint favourites at $5.50 are Petition and Missrock, although the latter is drawn in Barrier 5 and Petition starts from Barrier 15. Prompt Response and Ellikazoom, both at $8.50, could also be a threat, with Euro Angel hovering at $9.00.