The Chosen One Secures Place at Caulfield 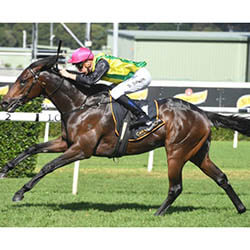 New Zealand stayer The Chosen One has earned a starter ticket for the Caulfield Cup thanks to a victory in the Herbert Power Stakes. As the victor of the 2400m handicap, The Chosen One gains a ballot exemption for the upcoming A$ 5 million Caulfield Cup, which takes place over the same distance. Back from $9 to $6.50, the Chosen One scored a half length victory under Damien Lane after last year’s Melbourne Cup Prince of Arran with Sully three lengths away third.

The Chosen One has also had his priced cut for the Cup from $101 to $11, and cannot be penalised for his win. Murray Baker, who trains alongside Andrew Forsman, is hoping for a second Caulfield Cup win after having won the race in 2015 with Mongolian Khan. Talking to reporters, Baker said that Mongolian Khan did everything right as he was an experienced horse that won two Derbies, and that he hopes The Chosen One will follow in Khan’s footsteps.

Baker also said that it was important to see The Chosen One back in form after an otherwise disappointing performance in the weight-for-age Underwood Stakes that took place in Caulfield at the end of September, saying that he dropped back to handicap conditions suited for the four year old. Current favourite Steel Prince was scratched after he struck at with a hind leg at the barriers, and lost a bi of skin; with trainer Anthony Freedman saying that he has since recovered.