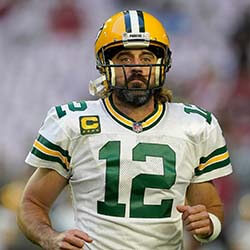 While Green Bay Packers QB Aaron Rodgers admitted this week to having had misled certain people about his vaccination status before testing positive, he added that he remains firm behind his comments about why he hasn’t been vaccinated.

Speaking on Tuesday on a leading sports show, Rodgers said he accepts that he had shared an opinion that is heavily dividing.

When asked during an August news conference about his vaccination status, Rodgers replied that he had indeed been “immunized”. It however later emerged that he had avoided getting the jab because of an allergy for an ingredient contained in both the Pfizer and the Moderna vaccines. The quarterback has yet to specify what the mysterious ingredient is supposed to be.

While Rodgers has furthermore expressed fears over the possibility of fertility issues supposedly associated with all available vaccines currently available, the US Centers for Disease Control and Prevention has renounced this by saying there’s no evidence of this whatsoever. In fact, people who want to have children are encouraged to undergo vaccination, the organisation has said.

Rodgers said on Tuesday that he never meant to make light of the extreme suffering caused by the global health crisis for so many people all over the world. He said he realises his position as a role model and feels the need to tell his side of the story.

Following Rodgers’ controversial comments last week, big-money sponsor Prevea Health announced that it had pulled the plug on its nine-year alliance with the veteran athlete.