Get Ready For An Exciting NFL Week 5

This Week In The NFL 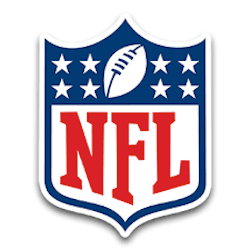 Week 5 of the NFL season promises to be more of the same edge-of-the-seat action that we have seen this far.  We take a look at some of the battles being fought this week.

Friday the 6th sees New England Patriots take on Tampa Bay Buccaneers in a showdown that will prove crucial for both sides, the reasons being two sides of the same coin.  New England will be looking to steer its ship back to the waters of serious NFL contention whilst the Buccaneers will be focused on keeping up with the Carolina Panthers in the NFC South.

Some say it’s very possible that the Eagles will go on to win the NFC East.  Others beg to differ.  Be that as it may, fans of the Eagles are banking on further improvements in their team’s offensive line – even more than what was seen during the leap from Weeks 1 and 2 to Weeks 3 and 4.

The Jaguars have no other choice but to beat the Steelers if they are to keep the hope alive of a first place in the AFC South.  Pittsburgh, on the other hand, has struggled during its first trilogy of games and will be looking to survive rather than conquer.

The Colts have gone head to head with the 49ers for a total of 3 times since 2005 – and have won all three games.  To add insult to injury, the men from San Francisco have been victorious in only 2 of their last 20 games on the road.   The numbers seem to be speaking for themselves.

If the Lions’ unique performance of the season has taught us anything it’s that a forced offense can easily be transformed into a creative mistake.  This has been their modus operandi for the season so far and it isn’t likely to change in the face of the squabble with the Carolina Panthers.

With the Browns still looking for their maiden win for the current season; the New York Jets will have their work cut out for them on October 8th.  For the Jets the challenge will be one of not becoming complacent ahead of the brawl lest a nasty surprise their way comes.

The Giants have lost the last four games played, the worst run since having lost a seven-in-a-row back in 2014.  The Chargers, on the other hand, have won four of the last five meetings with the Giants.  The numbers seem to be up for the New York Giants.

The Bills surprised us all by defeating the Broncos during Week 3 and tripped up the Falcons for the first time this season.  The up and up may be just what is needed to walk all over the Bengals.

The Seahawks are coming into Week 5 after having made headlines as a powerhouse of the NFL West.  Time will tell whether a golden reputation will stand in the face of the Rams’ defence.

The Green Bay Packers have run all over the Dallas Cowboys in two of the last three NFL seasons.  Our prediction is that not much has changed and that we will be seeing more of the same on October 8th.