The Start of the NFL – What we know so far? 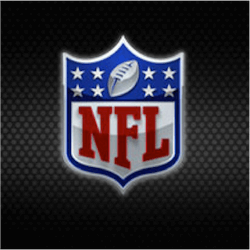 We are two weeks into the NFL season and already we can see a few patterns emerging. After week 1, everyone was on their feet predicting the end of NFL defence and possible draft for the 2018. While it is a bit early for such predictions, here is what we have learned so far:

The Cowboys Seem To be in Trouble

By all accounts, the Dallas Cowboys should be a good team. If Ezekiel Elliott’s suspension is held off all season, Dallas should have a real shot. However, the Cowboy’s loss to Denver is a reminder that this season is going to be a little tougher on the top teams. The team looked shaken and as bad as they have ever played before. This is not to say that it was a portent of things to come, merely a reminder that in 2016, they online played three games against a top 10 defence team.

AFC West Still Has the Goods

The AFC west is doing well, and it’s no surprise. So far, the Chiefs, the Raiders and the Broncos are all sitting at 2-0. The Chargers only lost in the fourth quarter in both their games, so we are giving them a bit of slack for this one. We can expect big things from the Raiders and the Chiefs going forward. The Broncos will also have a point to prove, missing the playoffs last season after a Super Bowl win.

The Giants Season is Already on the Ropes

It looks bad, going 0-2 at the start is not a good place to be. In 2013, the Giants started at 0-2 and went on to be shut out completely with 0-6. We have to remember that this is not the same team. There is far too much talent in the Giants this season to lose for four straight months. At this point, no one is running away with the NFC East title just yet. There is time for the Giants to fix this. If they focus on their pass protection problems, they may just find a way out of their hole.

The Seahawks Need to Up their Defence

The Seahawks have always had poor offence statistics. Looking back, we can see that in their past 10 road games they failed to score a touchdown in four of them. Playing at home in week two against the 49ers, we expected more. But the Seahawks didn’t score until the fourth quarter. Something has to be done here. If the team cannot get themselves forward in the next few games, things are going to get ugly for the Seahawks.