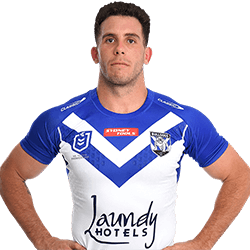 Controversial Canterbury forward Adam Elliot is in the news once again over yet another discolouring incident. Elliot this past weekend got booted from a Gold Coast restaurant for an unsavory incident involving himself and NRLW player and friend Millie Boyle.

The Bulldogs have reportedly now stood down Elliot in lieu of an investigation by the NRL’s Integrity Unit into an incident that supposedly involved him kissing Boyle in the men’s bathroom of the Cavill Avenue Strip’s White Rhino restaurant.

According to several of those who claim to be in the know, the star back-rower and Boyle were in fact kissing but were concerned about being seen doing so by some of the wives of Canterbury players. This since many of them remain friends and on solid footing with Elliot’s ex-partner. The pair had apparently made their way to the men’s bathroom for some privacy.

The incident involving Elliot and Boyle came to light the same day Canberra fired Curtis Scott for a reported fight in a night club.

Elliot apparently explained to Bulldogs officials that he had at the time of the incident been having his first drink in seven months. Said officials could decide on the future of the star rower by as early as this week.

According to Elliot, he had complied with restaurant management by leaving the premises immediately after having been requested to do so. He also confirmed that no drugs had been involved – and nor had law enforcement authorities.