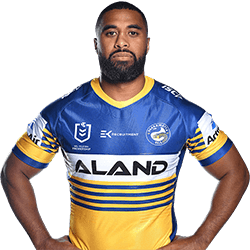 A former NRL player has been ordered to pay damages to the tune of NZ$528,700 to his ex-wife.

Michael Jennings is being accused of verbal as well as sexual abuse by former spouse Kirra Wilden. Their relationship finally ended in May 2016. According to Wilden, Jennings would regularly drink and gamble heavily, and had also been a frequent user of cocaine.

Wilden also told the NSW District Court how Jennings had forced her to have sex on at least six occasions between October 2014 and May 2016. She said she still suffers from post-traumatic stress disorder as a result of the abuse suffered at the hands of the former NRL star.

Jennings, who formerly played for New South Wales and the Parramatta Eels, was banned by the league for three years in 2020. This was after the star centre had tested positive to performance enhancing drugs. Jennings is denying all charges of sexual assault. He claims his ex-wife had developed PTSD because of some other event – and not because of his conduct during the time they were married.

But despite his denial of the accusations brought against him, NSW Judge David Wilson SC decided in favour of Wilden earlier this week. Wilson subsequently ordered a police investigation in lieu of possible criminal prosecution.

Leading up to his ruling, Judge Wilson heard evidence from Wilden as well as several of her doctors. Wilson said he had found Wilden to be a credible and consistent witness.