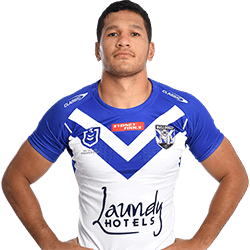 Dallin Watene-Zelezniak has officially signed his contract to join the Warriors through to the end of the 2024 season. This comes after he was released from his current contract with the Bulldogs. HE made the move following team frustrations within the Bulldogs.

With immediate effect, former Kiwi’s captain Watene-Zelezniak will be joining the Warriors for the next three and a half years. He will take on the position of winger while Reece Walsh will remain the team’s fullback. He will, however, replace Walsh should he be unable to play for whatever reason.

An interesting fact about Watene-Zelezniak is that his great grandfather was Steve Watene. He was the first Māori to captain the Kiwis before moving on to a career in politics.

Watene-Zelezniak is exceptionally talented and is a welcomed addition to the Warriors’ team, with rumors circulating that he could replace Roger Tuivasa-Sheck as the face of the Warriors. This comes following the news that Tuivasa-Sheck will be moving to rugby union at the end of the current season. Rumors have also been circulating that Watene-Zelezniak is an option for the captaincy, along with Tohu Harris.

Watene-Zelezniak has not been named for the upcoming game against the Knights on Saturday nor the game on Tuesday due to contract delays brought on as a result of leaving the Bulldogs. IT is expected that he will play his first game for the team on 2 July against the Dragons at Central Coast Stadium.