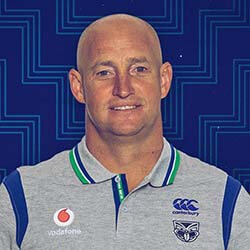 Nathan Brown, the Warriors coach, has blasted the NRL for their inconsistency in managing COVID-19 rules and restrictions. This comes after the Warriors’ most recent loss against the Sharks.

Brown has voiced his outrage after Warriors players Josh Curran and Euan Aitken were forced to isolated for 14 days after being on a flight with someone thought to have the virus. This left them unable to play for the team. He has compared it to the one-game ban imposed on the Dragon’s players that had been caught at a house party a few weeks ago.

This inequality was further highlighted by Sharks’ centre Will Chambers also being forced into 14-day quarantine after returning from Melbourne.

While Brown has stated that he is not concerned about what other players do at their clubs. He is, however, unhappy about how long certain players are forced to stay out of the game. Players who deliberately breach restrictions only get one day while players travelling get 14 days. Essentially, those who do wrong get off easier than those that are trying to do it right. It does not make sense and does not add up.

The Warriors are one of 12 teams that will be relocated to Queensland in an attempt to keep the competition running. This is nothing new as the team has already spent over a year in Terrigal as a result of the pandemic. They remain dedicated to the game and ensuring that it is able to continue. Brown adds that the players have not once complained and have been great about it all.