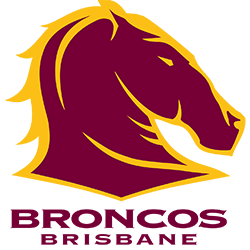 Brisbane coach Anthony Siebold may be one of the club’s bigger problems but he’s certainly not their only creator of internal folly. A bio bubble-breaching pub lunch earlier this month has now returned to bite the team where it hurts most, with 10 players effectively fined for breaching safety and biosecurity protocols.

Each of the players involved in the breach have been fined 5% of their salary, which totals to around $65,000, and the club itself will have to part with a penalty amount totalling $75,000. The NRL imposed the respective fines after it came to the league’s attention that the group had attended a lunch at the Everton Park Hotel whilst under strict instructions not to veer from the path laid out for them.

The confusion seems to have crept in as a result of NRL players being permitted to dine at restaurants, but not at pubs and general gaming and entertainment areas. It is according to NRL acting CEO Andrew Abdo, the league’s point of view that the breach constitutes a major failure on the part of Brisbane regarding the due handing down of biosecurity information to its players.

Players included in the most recent spate between the league and a team include Katoni Staggs, Corey Oates, Jake Turpin, and David Fifita. Three development players were reportedly also among the out-of-bounds group. The development players involved in the breach will have a portion of their fines suspended, the NRL has confirmed.

The most recent breach of safety regulations isn’t Brisbane’s first.