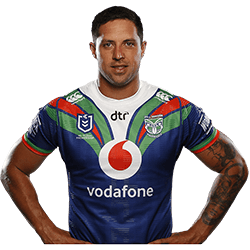 Gerard Beale says he’s far from ready to permanently hang up his super rugby boots – even as the Warriors prepare to conclude yet another season.

Chances are Beale may have to start wrapping up his own rugby for the year too – especially since George Jennings has declared himself ready and willing to play whatever remains of the current season. And Patrick Herbert is expected back soon from injury time too – all of which pretty much leaves the 30-year-old in the category of “last resort”.

Even though his time with the Warriors is bound to be remembered by many as a time plagued by injuries, whenever Beale did  manage to play, he did so consistently and with great professionalism. And despite his having failed to rack up the types of tries scored by guys like Ken Maumalo and David Fusitu’a, he remained solid and reliable on defence all throughout his Warriors stint. So much so, that it soon became nearly impossible to tell the different between a “good” Gerard Beale game and a “bad” Gerard Beale game.

His time with the Warriors however took a nasty term when about two months ago he fell out of preference with coach Todd Payten.  Which is also a huge part of the reason he now seems to be doubtful of a possible Warriors future.

It isn’t as if Payten had left Beale hanging or banging about in the dark. He recalls having had a conversation with the interim Warriors coach over his failure to “get picked”. Payten had apparently informed him that the club had decided that it wanted to “go young”.