NRL Says Its Open To Change Over New Rules 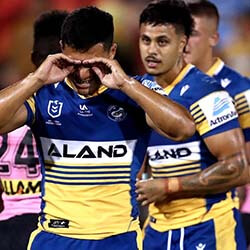 The NRL has declared itself open to “change” and flexibility in the event some new rules recently implemented in order to increase the entertainment value of the game don’t work. A number of players have been expressing concern over the faster style of play and how the increase in speed has put their bodies under strain.

NRL chief executive Andrew Abdo said on Thursday that the early rounds of the new season would act as a sort of litmus test to see if players adapting to the changes was merely a thing of a matter of time, or whether the new laws emerge as having a negative impact on their overall health and performance. Abdo said he was more than prepared to make changes to the new rules in the case of the latter.

The objective, said Abdo, is to create easy and free-flowing football that fans enjoy watching and are able to engage with. The challenge, however, is to achieve this while at the same time also maintaining the essential fabric of the game – not to mention the different skill sets of the different players across the board. Abdo said striking the right balance was where the real challenge would be at.

Last year’s increased tempo had already caused concern for many players following a notable increase in injuries in 2020. Even so, for many, including Canberra co-captain Josh Hodgson, the rules are causing less of a concern that the actual implementation. Hodgson said he believed the key the successfully implementing any new rule would be to entertain better consultation with all the relevant playing groups before testing that rule in a match that qualifies for competition points.