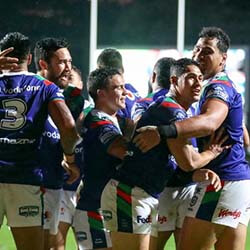 Despite Pasifika making up at least half of all players in Super Rugby and the National Rugby League, sports broadcasters and commentators in New Zealand are still habitually mispronouncing Pacific Island names. The fact that current as well as former players across all codes are still having their names mangled simply isn’t acceptable or good enough, said Sky Sport commentator Fauono Ken Laban.

The Sky broadcaster said he found this offensive from a heritage point of view as well as a professional sports commentator’s point of view that New Zealand sports people continue to neglect to learn how to correctly pronounce Pasifika names. While sports like netball and rugby used to be populated by mainly palagi players, said the former Wainuiomata rugby league captain, these codes are now being dominated by Pasifika and Maori.

Laban said he often felt backlash from the Pacific Island Community whenever they heard their names being mispronounced on television. And since some palagi commentators merely copy other palagi commentators, without they themselves being bothered to find out the correct pronunciation, Laban said he’s not surprised that Pasifika players continue to feel offended.

According to retired commentator Keith Quinn, who broadcast his very first live rugby match via radio in 1971, there used to exist mostly ignorance over the pronunciation of Maori and Pasifika names. Little thought was given to this during those early years of his career, explained Quinn, who says he only really started to take notice of his own mispronunciations when called out by his daughter.