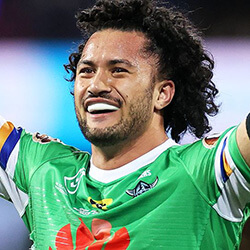 Last year’s underage sex scandal was apparently not wake-up call enough for Raiders forward Corey Harawira-Naera, as he now once again faces possible sanctions by the NRL and Canberra after being charged with drink driving by ACT Police on Christmas Eve.

Harawira-Naera and teammate Corey Horsburgh have in fact both been charged with drink driving, but in separate incidents. Horsburgh was charged earlier this year, on January 3. Both men are waiting to hear when they’ll be having their day in court.

Canberra has in the meantime confirmed that both incidents have already been logged with the NRL’s internal integrity unit – this while Canberra waits on further information to be released by the police. According to a statement recently issued by the Raiders, the team said it could confirm that both Corey Harawira-Naera and Corey Horsburgh were involved in incidents of drink driving over the Christmas Holidays, and that the charges had resulted from two separate incidents. The incidents were apparently immediately after reported to the league’s integrity unit for further handling. The club has said that it will continue to keep the NRL in the loop as to ongoing developments.

The players now face fines and even the possibility of suspensions from the NRL, pending of course the integrity unit’s own investigation and rulings. The club too, is likely to hand down penalties of its own – this being in addition to those dished out by the NRL.