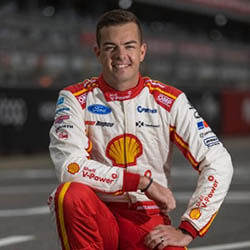 His IndyCar Series debut in the October-scheduled season finale in Petersburg in Florida is officially booked, a super excited Scott McLaughlin has confirmed.

Initially pegged to compete in his long-awaited first IndyCar Series race earlier this year, the Kiwi’s dream of participating was instantly shattered when the global health disaster hit, resulting in massive schedule delays and harrowing international travel restrictions – all of which meant that neither he nor any of the other race participants would be able to take the trip to the Indianapolis Motor Speedway course.

But despite the many disruptions and glory-road obstacles he’s had to face, McLaughlin said he had not for even a single moment stopped thinking about the day he would finally make his IndyCar debut. Not knowing whether he would this year still be shifting in behind the wheel of an IndyCar vehicle, McLaughlin said he ended up doing all that remained left to do just in case the opportunity did arise. This involved watching as many races on TV as he could, and even talking to some of the drivers and engineers at Team Penske’s shop. And what a good job he did, too.

The Kiwi Supercars driver currently leads the points standings – and even more impressive, with only three competition rounds remaining on the current year’s Supercars race schedule. He currently enjoys a 143-points lead over Jamie Whincup.

The major St. Petersburg IndyCar event is set to take place on October 25 – which is only a single week after the current Supercars season finishes.