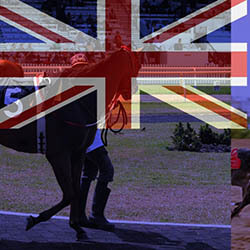 The New Zealand Racing sector has taken one more step forward in its revitalisation thanks to the Racing Industry Bill being passed after its recent third and final reading at Parliament. Dean McKenzie, Executive Chair of the Racing Industry Transition Agency, stated that the Bill delivers critical reforms and will allow the sector to start reaching its potential. It will transfer administrative functions around Racing to the various codes and set TAB New Zealand up with a distinct mandate as a commercial betting operator.

McKenzie said the changes underpinning this Bill will require TAB to keep a determined focus on its customers and help maximise financial gain for the Racing sector in particular and sports in general. And, simultaneously, they will keep TAB’s firm commitment to responsible gambling as a priority. He added that a large number of the changes that the Bill enables have been raised many times over the years, but no progression has been made until now. McKenzie said that it’s noteworthy that some of the best proposals brought up in the past have now finally been put into action.

McKenzie explained that Winston Peters, the Minister for Racing, established RITA a year ago to provide for the industry to become more financially sustainable over the long-term going forward. Despite the serious impact of the novel coronavirus COVID-19 pandemic, our government has remained committed to the Racing industry and the many Kiwis who depend on it for their income, as this Bill evidences.