Supercars Ploughing Back Into The Community 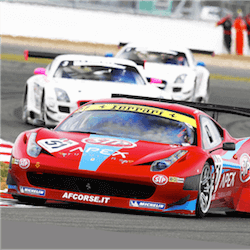 The Supercars brand has had a reputation for not shying away from lending a helping hand to charities in need of funding, and the general doing of good deeds and community upliftment.  Recently, they have also shown themselves to be invested in the future of Supercars by developing young drivers wanting to make a break into the motorsport arena.  They hope to achieve this by forging a young driver academy, and series CEO James Warburton has confirmed that plans for this are well on their way for 2018.

The intended outcome of the program would be to assist young drivers wanting to learn the ropes and progress towards a motorsports, and specifically, a Supercars future.

The idea was initially brought to table at the Adelaide season launch – but the exact format remains open and as yet not entirely resolved or set in stone.

Supercars has however already started to identify possible candidates for the course, and discussions have also taken place with the Confederation of Australian Motorsport regarding a possible partnership with the Confederation and their Rising Star initiative.  The initiative seeks to assist upcoming young drivers by availing the necessary funds to enable them to compete in the CAMS Australian Formula 4 Championship.

Warburton went on to say that between 16 and 20 candidates have already been earmarked for the first intake for the new program during the 2018 Supercars season.

The young drivers academy initiative is not the first project of its nature.  Supercars has this year incorporated the Super Sprint Wildcard Initiative – essentially offering aspiring Supercars drivers the opportunity to experience what it’s like to compete with the big guns in the main game.  This was achieved by making available a pre-determined number of “wild” entries at Super Sprint rounds at Winton, Hidden Valley and Queensland Raceway.

The Wildcard Initiative offers a valuable glimpse into the nature of motorsports and Supercars in particular – this proves highly valuable to those wanting to see if the motorsports industry really is something that they see themselves becoming a part of.

Furthermore, the initiative also adds value to the Supercars brand in general.