Sydney Spring Carnival: The Wait Is Over 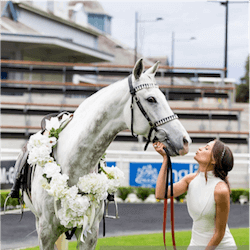 Taking place from August to October each year, the Sydney Spring Carnival brings Australia’s harbour city to its feet.  2017 will see the event making its debut at Royal Randwick and promises to be one for the history books.  The Carnival is made up of 23 group races with a prize pool in excess of 23 Million Australian Dollars.

The Sydney Spring Carnival revolves around the Australian Turf Club – with the club being responsible for the administration of all races around Randwick, Warwick Farm, Rosehill and Canterbury racecourses in Sydney.

Some of the highlights of the Sydney Spring Carnival include the Toy Show Quality, San Domenico Stakes, Ming Dynasty Quality, the Newcastle Gold Cup and the Summer Cup – to name but a few.

This year’s Toy Show Quality was run on August 19 and won by Sweet Redemption.

The absolute sweetheart among many punters and general spectators, the San Domenico Stakes is a Group 3 event for 3 year old gallopers and is run under set weights and penalty conditions.  The distance covered is 1100 metres and recent winners include Snitzerland (2012), Foxwedge (2011) and Star Turn (2016).  Star Turn’s victory was made all the more sweeter having finished in 6th place the autumn before in the Group 1 Golden Slipper Stakes.

The race attracts three year olds who usually perform in like fashion during similar races in the annual racing season.

The Ming Dynasty Quality is a Group 3 quality handicap event for 3 year olds that takes place at Rosehill Racecourse.  What makes the race to stand out from the rest is that it is run over 1400 metres.  Ming Dynasty Quality is especially suitable for three year olds that are looking to beat the handicapper and as such is the ideal precursor race to the Stan Fox Stakes that takes place later in the month.

The 2016 winner of the event was Swear, who had returned to racing from a spell.  Other winners include Panzer Division (2014) and Metallic Crown (2015).

This year’s race will be run on Saturday, 26 August.