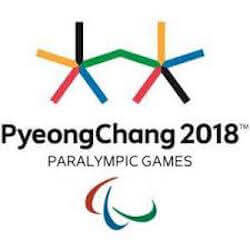 The 2018 Winter Paralympics kick off in PyeongChang soon and despite the wide coverage enjoyed by the able-bodied Winter Olympics, there is still much to be said for general information and education not being what it should be when it comes to the Paralympics. We take a look at some of the events and what they involve.

In Para Ice Hockey, players sit in double-bladed sledges in order to make their way around on the ice surface. It’s one of the biggest attractions of the Paralympics and being fast and furious, it’s not hard to see why! The very physical sport was played for the first time at the Lillehammer Games back in 1994. Many of the rules are very similar – some exactly the same – to the rules of conventional Ice Hockey. The main differences are the double-bladed sledges and the fact that athletes make use of two playing sticks, instead of the usual one. The two sticks are used to move themselves around on the ice surface as well as to shoot the puck.

Athletes competing in Para Alpine Skiing compete in three different categories: seated, standing and visually impaired. The results take into account each athlete’s individual disability and a winning time is then calculated accordingly. Those skiers who are blind or severely visually impaired are permitted to ski with guides who are not visually impaired and able to communicate with them and guide them through the race.

The two main sub-categories here are snowboard cross and banked slalom events. In snowboard cross, the mission is to race down a course featuring various instalments like jumps, rollers and banks.

Banked slalom, on the other hand, involves racing a course with banked turns. All competitors are afforded three timed turns. The runs yielding the best times are taken into account when determining the final results.

All eyes are bound to be on this event this year, partly due to the popularity of Curling at the Winter Olympics. It’s in fact very similar to the Olympic version, the only difference being that no sweeping is allowed, which of course makes it even more tricky and important to push the stone accurately that what it is in the general Olympic version.

Teams are comprised of athletes, both male and female, who have a disability in the lower half of their bodies.