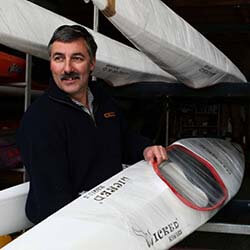 Two-time Olympic champion and Kiwi canoe racing great Alan Thompson has been banned from the sport. The ban follows a long-running inquiry and investigation into allegations of historical sexual harassment.

Allegations against Thompson first surfaced in October last year. The allegations alleged that Thompson had made untoward sexualised remarks toward female paddlers in the sport. One such incident was said to have occurred in 2014, and another all the way back in 1998.

A third incident reportedly took place in 1991. Thompson had allegedly exposed himself to a female athlete whilst on tour in Europe. According to the female paddler, she had at the time lodged a formal complaint, which to her knowledge was never addressed or resolved.

On Wednesday night, delegates from Canoe Racing New Zealand’s 16 member-clubs voted by anonymous ballot in favour of Thompson being expelled from the sport.

During October last year, Thompson made several legal threats against Canoe Racing NZ for the way it had handled allegations of bullying in the women’s programme.

According to a statement released by Thompson’s lawyer, he is saddened by the way his relationship with Canoe Racing NZ has ended after so many years of service to the sport. The statement goes on to emphasise how Thompson will continue to reject all allegations made against him, while declaring himself willing to cooperate in any future arbitration processes.

Canoe Racing NZ said this week it had sought the expulsion of Thompson due to several factors – including the nature of his remarks as well as the impact of his remarks and conduct on female canoeists.