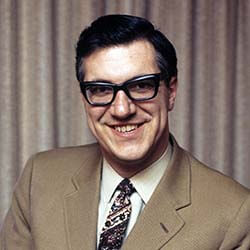 Sad news this week is the passing of one of the most recognisable voices in football commentating.

Gerald Sinstadt, who worked as commentator for the BBC and ITV for over 40 years, has died. He was 91.

Sinstadt had been a truly versatile sports broadcaster. He covered a variety of sports throughout his career, including the Olympic Games and golf, but will be primarily remembered for his coverage of the game of football.

The legendary commentator will be remembered not only for his antics behind the microphone, but also for his passion for racial equality and justice. He was one of the very first commentators to openly and publicly criticise the abuse black players suffered. He famously during West Bromwich Albion’s 1978 victory over Manchester United spoke out against racial equality at Old Trafford.

But for Sinstadt, a career in broadcasting would probably not have been on the cards had it not been for tragedy striking his family. The only child of shopkeepers and growing up during the Second World War, Sinstadt was left orphaned when both his parents were killed in a German air raid. The famous broadcaster would later say he likely would have followed in his father’s footsteps as a shopkeeper had it not been for the tragic incident.

Aside from his passion for football and sport broadcasting, he also had a love for opera. Before settling into sports broadcasting for the BBC on a more permanent basis in the mid-80s, Sinstadt’s voice could often be heard covering opera as a form of art.