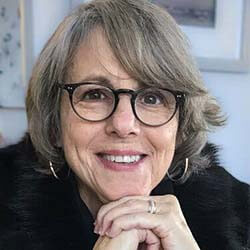 Gender barrier-defying NHL commentator Robin Herman has died. She was 70.

Herman made history when she became one of only two female sports writers to enter a men’s pro-sports locker room in North America. She died at her home in Waltham, Massachusetts, on Tuesday.

A feisty and passionate journalist, Herman began covering the New York Islanders in 1974. At the time, Herman was routinely denied the same locker room access privileges extended to male reporters. Players who wanted to talk to female reporters had to leave the locker rooms and talk in the hallways.

During ESPN’s 2013 documentary, Let Them Wear Towels, Herman spoke about how her gender had proved an obstacle when it came to doing her job.

Herman was born on Nov. 24, 1951 in New York City. She enrolled at Princeton University in 1969 as part of the institution’s first class of female undergraduates. Shortly after enrolling, she joined the local on-campus newspaper, The Daily Princetonian. The editors, however, immediately assumed that Herman would not be interested in covering sports, and as such, gave her only general news to cover. This, she later explained, had struck her as inequitable.

She would later sign up to write about rugby, football, tennis, and men’s squash.

Upon graduation in 1973, she as appointed as a sports writer with The Times.

Herman is survived by her husband, who is a former editor at The Times, her two children, her sister, and two grandchildren.