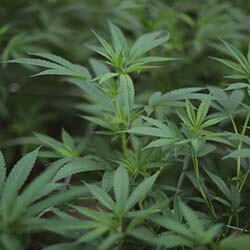 Cannabis may have its day in WADA review court yet after the World Doping Agency this week confirmed plans for a scientific review to be launched sometime next year.

Whether or not cannabis should remain on WADA’s list of banned substances will be reviewed by a special advisory group, the anti-doping authority has said. The decision to review comes after US athletics star Sha’Carri Richardson tested positive for a substance found in Cannabis during the American Olympic Track & Field trials in June. Not only did the test result lead to a month-long ban, but it also wiped out her trial results for the Tokyo Olympics.

According to WADA’s press release this week, the sporting governing body has been inundated by requests from stakeholders from all over the world regarding the cannabis issue. This has given rise to a decision by its executive body for the initiation of a review of the legal status of cannabis within the context of world sports, confirmed a WADA spokesperson.

The 21-year-old Richardson, who had been regarded a leading contender for the Olympic 100 metres, said following her positive test result that she had made use of cannabis as a calming agent and anti-depressant after the death of her mother. Her suspension from the Olympic Games quickly sparked several calls for a formal review of WADA’s anti-doping rules.

WADA said this week cannabis will remain a banned substance and as such, prohibited in competition, for all of 2022.