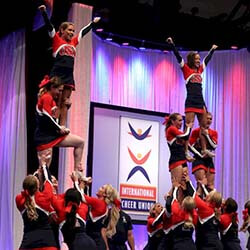 There will be no cheering for athletes at the upcoming Olympic Games, and athletes will not be permitted to visit restaurants and bars in Tokyo during their stay in the country. Wednesday saw the first “Playbook” of ground rules for a safe Tokyo Olympics published, stipulating that those found to have breached the rules run the risk of being removed from the Olympic village and sent packing and home.

The limits set to be imposed on athletes, volunteers, members of the press, and, if permitted, fans, are clearly laid out in the first version of the Playbook. Health and safety measures include avoiding any form of physical contact, including hugs, the shaking of hands, and high fiving. The Playbook furthermore cautions those in attendance over the so-called 3Cs: avoiding all spaces that are crowded, closed, or causing close contact.

Since the Playbook is only the first edition of the official rules and Olympic guidelines, future versions could possibly include more limiting restrictions than those currently described in the rules of play. The next version is due for release in April.

The book of rules also cautions against the wearing of masks that feature commercial branding. According to the rules of the Olympic Games, any unauthorised branding for commercial gain is strictly prohibited. Athletes are to bring enough masks with them for the entirety of their stay in the Olympic village, and will only be permitted to remove masks for the purposes of the reading of lips and other physical features.