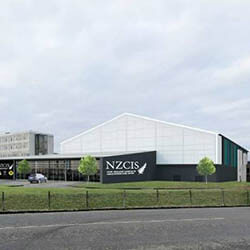 Grant Robertson, who is New Zealand’s Minister of Finance, Sport and Recreation, has announced government-funding in the amount of $30 million being made available to the New Zealand Campus of Innovation and Sport (NZCIS), which campus is located in Upper Hutt. The campus proposes to be a one-stop-solutions-shop for elite as well as amateur (everyday) athletes looking to fine-tune their skills and athletic abilities.

The hub is designed in such a way, said Robertson, that it is capable of acting in the capacity of a world-pioneering shared service for sports. It will offer the quality of facilities not typically accessible by any individual sports code.

The brainchild of property developers Malcom Gillies and Kevin Melville, NZCIS forms part of a bigger project launched and administrated by the institution formerly known as the Central Institute of Technology in Trentham.

The site, which comprises of 17 hectares of developable land, will eventually become home to a 1,000-square-metre training facility (gym), several pools, for outdoor fields, a single large indoor field, cryotherapy facilities, and even an altitude studio.

Not only will the facility, once complete, provide training and conditioning services to every level of athlete (elite, academic, and grassroot), but it is also expected to provide jobs to 244 people residing in the region of Upper Hutt and surrounds.

The funding made available by the New Zealand government forms part of an infrastructure help, support, and recovery package that is $3 billion strong. The funding was first announced on July 1st by Finance Minister Robertson and NZ Minister of Infrastructure, Shane Jones.