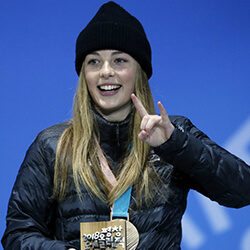 Snow sports in New Zealand and are enjoying a gilded age in terms of success and overall popularity.

Freestyle snowboarder Zoi Sadowski-Synnott, who specialises in big air competitions and slopestyle, has been one of the country’s brightest stars. She took home a bronze medal in the PyeongChang Olympics last year and won a World Championship Snowboard Slopestyle Gold Medal and a Gold Medal in the US Open over the new year.

High-Performance Manager for New Zealand Snow Sports Ashley Light told Mike Hosking, the television and radio broadcaster, that Sadowski-Synnott’s success is a result of the hard work put in by her different coaches and a positive environment put in place to nurture her and her fellow athletes. Light spoke of the coaching set-up playing a vital role, and said he couldn’t overstate the importance of sportsmen and women being able to access the right levels of support all the time, instead of just occasionally.

Light, a truly passionate sportsman originally hailing from the United Kingdom, said that many of the athletes in the NZ sporting landscape today are young, with potentially incredible futures ahead of them. He said that with this in mind, everyone was conscious of not pushing them too hard.  In December 2018, Snow Sports New Zealand got elevated from a Targeted Sport a Tier Two Sport and received $2.25m from High-Performance Sport New Zealand.