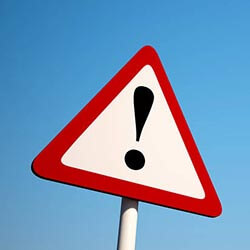 Several prominent sports analysts are calling on New Zealand’s government to either re-open the country’s borders to overseas teams or face a possible professional sports disaster. Opening New Zealand’s borders will ensure the survival of local sporting franchises, the analysts have said.

Someone acutely aware of the potentially devastating financial consequences expected to follow a refusal to comply, is New Zealand Cricket board member and Blues chairman Don Mackinnon.  Not only will borders remaining closed have a devastating financial impact on events played by international teams such as the All Blacks, Black Caps, and Silver Ferns, but the very same brunt will be borne also by the country’s domestic game, opined a clearly worried Mackinnon during a recent webcast commentary. International sport in New Zealand is according to the Blues boss, currently positioned on the very “edge of the knife”.

Describing the current crisis as a nerve-wracking time in international as well as domestic sport, Mackinnon stressed the importance of rugby, cricket, and netball being played in the international arena by at least the final quarter of this year – failing which he says he expects a disastrous outcome for the domestic game.

Also adding her voice to the webcast was New Zealand Netball Players Association executive manager Steph Bond. The Silver Ferns playing international games in home-country New Zealand is according to Bond a thing of pivotal importance when considered within the context of Netball NZ’s finances.

Instead of keeping a tight lock on the country’s borders, Bond and Mackinnon suggest opening said borders in a controlled manner so as to allow international sports teams to enter into the country. The future of the country’s sport is now officially what’s left hanging in the balance.