BBC Sports Personality Of The Year 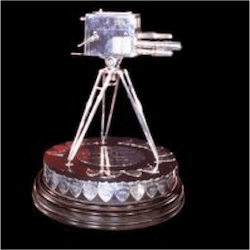 BBC Aware That 3 Main Nominations May Not Pitch

The BBC is aware and preparing for the possibility that 3 of the main contenders on the shortlist may not even be present at the awards ceremony.  Lewis Hamilton, Chris Froome and Mo Farah are reportedly not likely to make it all the way to attending the star-studded ceremony on December 17th.

Hamilton is the second favourite to win this year’s award, right behind Anthony Joshua, and whilst Hamilton will in all likelihood not be present at the event, Joshua has confirmed that he will be able to collect his award in person, should the chips fall in his favour.

Hamilton won the award in 2014 and has been put forward once more after winning the Formula 1 championships for the fourth time this year.

Chris Froome, 4 times Tour de France winner, will be missing the ceremony due to his involvement in a warm weather training camp in Mallorca at the same time as the event.

Four times Olympic champion Mo Farah will most probably also be absent, as a result of being in the process of moving house from the west coast of America to Britain.  The 34 year old athlete is currently in training for the London Marathon and the moving plans are proving to be an upset that may withhold Farah from attending the ceremony come December 17th.

Farah has made no secret of the fact that he isn’t a fan of the award to start with, having missed out on the podium appearance a couple of years in a row.  He commented that despite the fact that he found it strange that he had never been handed the actual award, the award was not what was important.  What was important was to be able to compete and wearing his Great Britain vest whilst doing so.