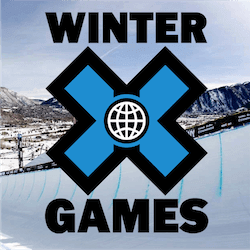 The 2018 Winter X Games officially gets going on January 25th, 2018 and will by all expectations be a jolly affair.  After all, this year’s Winter X Games may very well feature its very own beer garden.  The beer garden will be situated on the slope behind the well-known Inn at Aspen and the idea is that it will be the provider of alcoholic cheer and refreshment for those in need of some cheer and refreshment.

Home Team Barbeque have bid to operate the beer garden and the commissioners at Pitkin County are expected to make a final decision soon regarding the issuing of the necessary liquor licence to the hopeful applicants.

ESPN’s Vanessa Anthes has tried to put the minds of the commissioners at ease, assuring them that the beer garden will be completely fenced off and that no under-aged hopefuls will be allowed to enter the fenced-off area.  Proof of identification will be required upon entry.

Pitkin County commissioner Rachel Richard has said that she is particularly concerned about the application for the liquor licence for the proposed beer garden, for fear that the changes may end up altering the very tenor of the Winter X Games.

Pitkin County Sheriff Joe DaSilvo said that he wasn’t too worried about the consumption of alcohol at the Winter X Games as alcohol had always been consumed at major sporting events and that no problems had been experienced in the past due to the Winter X Games being property and closely monitored by private security firms.

One would think that a more pressing concern would be whether there will be sufficient snow in order for this year’s event to continue as planned.  Commissioner Patti Clapper posed this very important question to Anthes, who assured her (Clapper) that ESPN had a contingency plan in place for any and every eventuality and that snow was high up on the priority list.

Anthes explained that the Aspen Skiing Company’s snowmaking infrastructure was sufficiently equipped to produce enough snow to keep all of the events going in the event that nature refused to co-operate.  She also said that course adjustments could be made to most of the events, if this became necessary.

Considering the very freezing nature of the Winter X Games, perhaps an ice cold beer on a chilly January evening should not be such a grave concern after all.