Brits Under Scrutiny About Attire 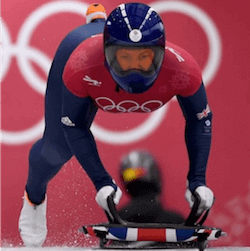 Brits Accused Of Cheating With Suits

The Brits are once again at the centre of controversy after recent articles purporting their Winter Olympics Skeleton suits to be unfairly enhanced, saw the light of day. Cheating is always a huge concern at the Olympic Games. This time it has very little to do with what athletes are ingesting and everything to do with what’s happening on the outside.

Skeleton racers are expressing concerns about some of the insinuations made in the articles and have called for investigations to be done regarding the possibility of the suits somehow providing an unfair advantage by their very design.

The Brits won gold in the women’s Skeleton events in 2010 as well as 2014, with a lot of scrutiny going on back then already, as if the Brits were just not cool enough to be winning gold in anything and therefore, by default, had to be cheating.

Distraction Is The Enemy Of Sliding Games

The English have responded by claiming that the suits were 100% legal, saying that it wasn’t entirely clear to them what all the excitement was about. It may very well be a case of simple envy, which most likely the case in 2014 as well, when the Americans cried wolf on the Brits after the Brits led a protest that prompted the disqualification of Noelle Pikus-Pace from a World Cup win during that year after it was found that there was a piece of tape wrapped around one of her sled handles.

Be that as it may, sliding sports at the Olympic Games always seem to be drenched in controversy, drama and ultimately, blame.

Germany’s gold medal favourite, Jacqueline Loelling, is of the opinion that despite the actual situation with the suits, every athlete has a secret weapon in anyway. The suits worn by the Brits are modelled very closely after the suits worn by the riders in the very successful British Track Cycling Programme.

USA Bobsled and Skeleton CEO Darrin Steele has expressed the opinion that the real danger of the suits is the distraction that is currently being brought about. The result is that athletes are so worried about the perceived advantage brought about by the suits that they are no longer focused on doing well in their own events.

Steele went on to say that distractions were the biggest enemy of any athlete competing in a sliding event as it was a mental battle more than a physical one. Steele also implied that the controversial articles were the Brits’ own doings, aimed at creating a smart and strategic outcome.