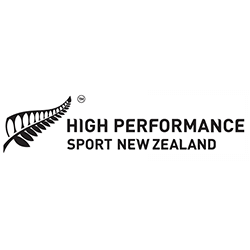 High Performance Sport New Zealand announced that they will be making a core investment programme worth NZ36.8 million available for sports in 2020, with netball and women’s cricket getting the biggest boost.

While there is no change for any sports which are heading into the Olympics or Paralympics next year, following the commitment which was outlined in 2018, Netball will see an increase of NZ$380 000. This will be in the form of NZ$1.88 million paid over yearly to fund preparations for the Commonwealth Games in 2022 and the World Cup in 2023.

NZ$500 000 for Cricket will shift from the Black Caps over to the White Ferns over the next two years to support preparations for the ICC Cricket World Cup in 2021 in New Zealand and the 2022 Commonwealth Games. The women’s T20 Cricket team is set to feature in the latter.

The Kiwi Rugby League team will see their NZ$100 000 increased to NZ$450 000, and Boxing and Surfing will also see their funding boosted slightly. A new sport is being invested in as well, Karate.

Funding for Softball was cut, with the Black Sox’s NZ$350 000 dropping to NZ$200 000 and the White Sox losing their financing completely. Shooting also had its bankroll slashed to zero.

Chief Executive for HPSNZ Michael Scott said that this announcement regarding the last year for the cycle of Olympic and Paralympic funding serves to confirm that no changes will be taking place in terms of these sports’ capital.